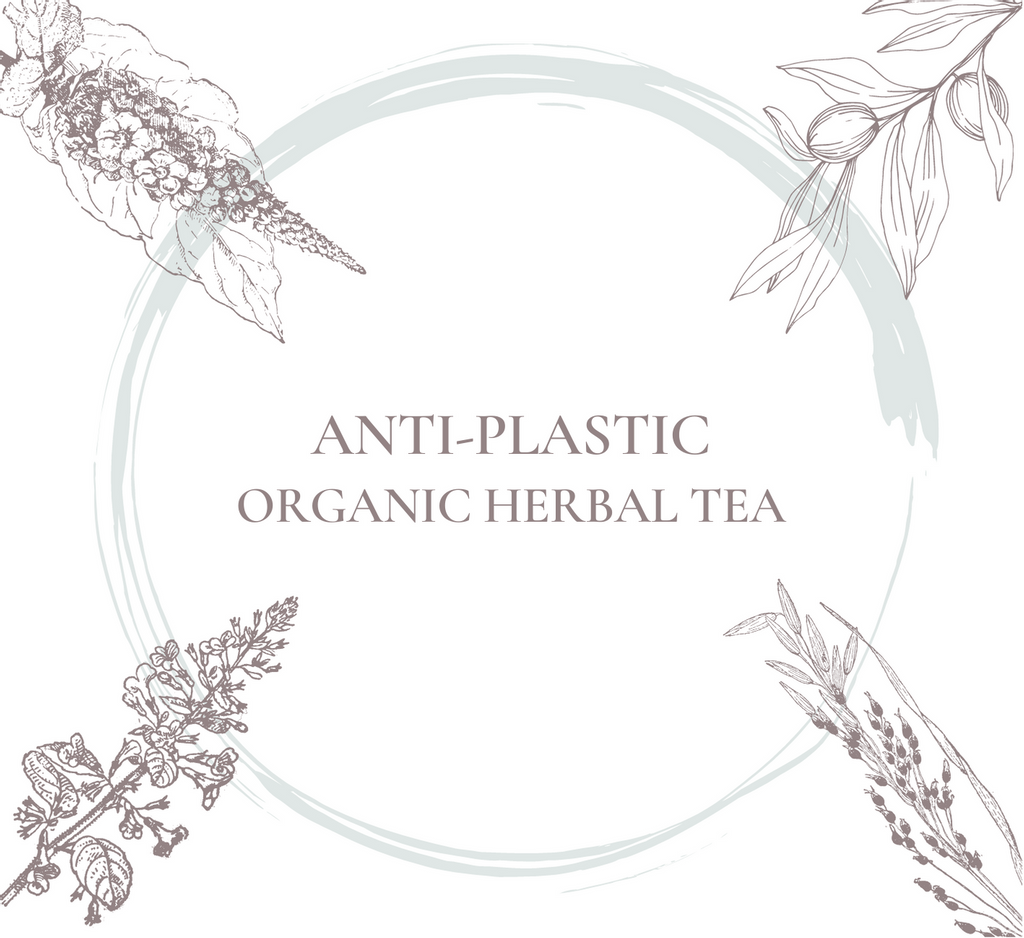 By 2050, it is predicted that we will have more plastic than fish in the world. No doubt plastics are versatile and inexpensive. But, the long term implications of a massive consumption of plastics will affect our health.

Mullein (leaf): Mullein flowers and leaves contain powerful anti-bacterial and expectorant properties that have the ability to substantially remove phlegm from the lungs and mucous from the body. This makes it a highly effective remedy for individuals who are suffering from bronchitis, lung congestion, colds, flu, asthma, emphysema, whopping cough, or any other respiratory ailment.

Historically, mullein was used as a treatment for tuberculosis as far back as the 16th century and some believed that if mullein was taken in the early stages of the disease that it could bring about a full recovery. Mullein’s strong anti-viral abilities also make it a potent remedy for the flu virus, the shingles virus, the herpes virus, the Epstein Barr virus, and Staph infections.

Mullein contains a compound called verbascoside which is an anti-inflammatory and particularly useful in helping to ease the pain associated with joint or muscle pain. Mullein tea is excellent for aiding a number of digestive problems including diarrhea, constipation, indigestion, hemorrhoids, and intestinal worms.

Mullein also contains anti-spasmodic properties which makes its helpful for reducing both menstrual and stomach cramps. It is also known to be highly beneficial in providing migraine relief. Mullein has natural sedative properties and has been used to to help treat both insomnia and anxiety. Mullein oil (mullein extract in an olive oil base) is a highly effective remedy for ear infections and ear aches and can be safely used with children and adults alike.

Mullein oil is also very helpful for skin conditions such as rashes, burns, wounds, blisters, eczema, and psoriasis. Mullein tea, extract, tincture, capsules, oil, and cream can all be found online or at your local health food store.

Lemon Balm (leaf): Lemon balm, also known as Melissa because of its botanical name Melissa officinalis, is an essential herb for calming the nerves—in particular, those involved with digestion. Many people suffer from various sensitivities in the gut, with complicated and confusing misdiagnoses involved. What’s often behind these problems are nerve endings that have become hypersensitive around the digestive organs. Nerves play a role in much of the digestive distress we experience in this day and age. For instance, inflamed phrenic nerves (which control the diaphragm and therefore influence the stomach) and vagus nerves (which run through the diaphragm and govern the stomach and digestion) are sometimes behind digestive sensitivities, as are nerves that connect the spine and digestive tract.

If someone’s stomach or intestines are irritated for no identifiable reason, it’s usually due to sensitive nerves. One common occurrence is that a food (even something very easy to digest) rubs against the lining of the intestinal tract, which causes someone with sensitive nerves to feel discomfort. Nerve sensitivities can also trigger symptoms such as nausea, loss of appetite, and a sudden urgency to eliminate when nervous. Lemon balm is a gift from God and Mother Nature to deal with our frazzling world; it’s wonderful for addressing all of these situations with its soothing properties, which come from bioactive phytochemicals such as undiscovered alkaloids that calm the nerve receptors at the digestive tract so that the nerves become less sensitized and inflammation reduces. This makes lemon balm a valuable herb for stress assistance.

And lemon balm doesn’t stop there. It is a heal-all, with a high contribution factor to almost every part of the body. Extremely high in trace minerals such as boron, manganese, copper, chromium, molybdenum, selenium, and iron, lemon balm also has large amounts of the macromineral silica. Plus it’s a B12-conserving herb—which means that it monitors your stores of this vitamin and keeps your body from using it all up. Anti parasitic, antiviral, and antibacterial throughout the body, lemon balm fights the Epstein-Barr virus, shingles, and other herpetic viruses such as HHV-6. It’s an amazing herb for tonsillitis, which is inflammation caused by strep bacteria. Plus, lemon balm detoxifies the liver, spleen, and kidneys, and helps reduce bladder inflammation, which makes it a star for alleviating interstitial cystitis and urinary tract infections (UTIs).

Olive (leaf): Olive Leaf is a powerful and effective medicinal that contains tremendous healing properties for the immune, cardiovascular, circulatory, respiratory, digestive, and lymphatic system. It is particularly beneficial in fighting viruses and bacteria in the body such as Shingles, Herpes, E. coli, Salmonella, Staphylococcus, and Klebsiella pneumonia and can help to wipe out colds & flu viruses faster than most medications.

Olive Leaf also has the ability to significantly lower blood pressure and maintain it at a healthy level. It contains a compound called Oleuropein which helps to prevent the constriction of arteries, increase blood flow, and improve functioning of the heart. It also helps to lower LDL (bad) cholesterol and prevent the risk of strokes and heart disease.

Olive leaf contains powerful anti-inflammatory properties which helps to improve circulation, reduce swelling, and increase energy and flexibility in the body. It is also a great digestive aid and helps to remove excess acidity from the body.

Fenugreek (root): Fenugreek tea is one of the oldest medicinal tonics and has been used for thousands of years to prevent fevers, soothe stomach disorders, and to treat diabetics. Fenugreek seeds are rich in nutrients such as vitamins A, C, thiamin, folate, calcium, iron, magnesium, and selenium. Fenugreek tea can help to relieve lower back pain and reduce inflammation in the body.

It is also highly beneficial for acid reflux, heartburn, respiratory issues, allergies, ulcers, gastritis, indigestion, and constipation. Fenugreek contains powerful compounds that can bind to toxins in the digestive tract and help to remove them from the body as well as protect the colon from cancer. Fenugreek contains an amino acid called 4-hydroxy- isoleucine which helps to facilitate insulin secretion and has been shown to be very helpful for diabetics who are trying to find natural ways to control their blood sugar levels.

Fenugreek tea is also very effective at helping to lower cholesterol and can significantly reduce the risk of a heart attack. Fenugreek tea has been shown to significantly increase milk production in lactating women. Fenugreek seeds are often used in culinary dishes and are a main ingredient in curry spice and are delicious in vegetable and lentil dishes.

The seeds, however, should only be added in small quantities as that have a very strong flavor and taste. Fenugreek seeds can also be sprouted and used as a healthy addition to salads and sandwiches. Fenugreek can also be used topically as an effective treatment for skin problems such as acne, boils, burns, and eczema.

Take 1 tablespoon of tea blend and steep in boiling water for 15 minutes. Serve hot or cold with a spoonful of raw honey.